This is a transcript and list of resources for a lecture I gave at the European Society for EM conference in Berlin in October 2022. Hopefully I’ll get a recording of the lecture up here at some point

Even a short career you will have undoubtedly prescribed hundreds and hundreds of blood products. If your system is like ours you’ve also had to work your way through tedious educational modules to earn certificates to gain the privilege of being able to prescribe blood. You are probably also stuck with some kind of laborious system for taking and labelling a cross match sample, something that also probably required an hour of tedious training. Hopefully this lecture will not be nearly so tedious but precisely because of all that tedious training and systems based organisation means that even if after all those hundreds and hundreds of units you have prescribed you’ve probably only ever seen a handful of transfusion reactions.

So I’ll start with the ending here, the TL:DR for the lecture is

There are multiple drivers for this, risk from transfusion is real but very low these days, more significant concerns are driven by supply issues, many countries reach critically low supply levels on a frequent basis. But there is actually at this stage a really substantial evidence base, particular behind transfusion of red cells. And it turns out we have been aiming too high for almost every condition you can think of.

Now to be clear, all of this applies to the stable patient in the ED, yes they might be getting admitted for any number of reasons but their vital signs are good. All of this goes out the window in the actively bleeding unstable patient. In those scenarios you’re resuscitating with the target being improving physiology in front of you, not the Hb number.

A lot of the relevant literature here began with the general ICU patient. There were a number of huge RCTs in the early noughties all of which came to the conclusion that 7g/dl was the magic number. But that’s for general patients.

What about GI bleeding – Villanueva & Trigger – 7 unless unstable bleeding

What about ACS – REALITY trial

What about sepsis – TRISS

So we have a number of patient cohorts and a recurring theme that less is more when it comes to red cells in the stable patient.

But we have another arrow in our quiver for reducing red cells in the ED – IV iron. This is something that is probably under used in our EDs 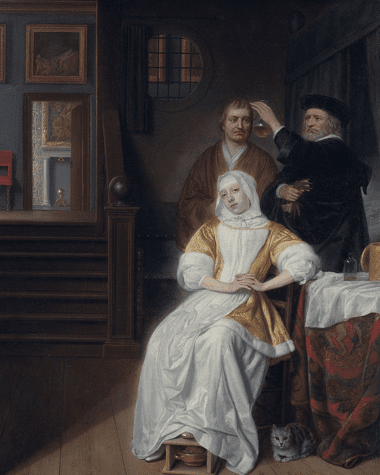 The classic example here would be a young female with ongoing menorrhagia. Their primary care physician has been following them and checked their Hb and now it’s 6 despite some oral iron and they are sent to the ED for transfusion. There’s no tricks here, this is simple iron deficiency anaemia and she’s now symptomatic and miserable. Standard procedures in most places have been to transfuse and discharge. But there is a better way.

Never mind the fact that severe anaemia is surprisingly benign on healthy people, or that the body used 2,3DPG to account for it, or even that alloimmunisaation can cause issues for potential future pregnancies, Setting all those issues aside, it seems that blood just isn’t a great treatment for iron deficiency anaemia. Guess what is? Iron.

Oral iron is a reasonable start but lots of people tolerate it poorly or can’t absorb it due to things like coeliac disease or gastritis. IV iron is a great treatment for these patients. The preparation you have will depend on your hospital but most likely you’ll end up with a patient hooked up to something that looks like a bag of coca cola. There (as with almost all meds) a very very small risk of anaphylaxis. There is a much more common (maybe 1:50) risk of hypotension that seems to be transient and easily treated so keep that in mind in terms of where you administer it in your ED. You can tell the patient to expect an increment in their Hb within a week and if their symptoms of fatigue were related to the anaemia then they should be feeling a whole lot better.

There are other cohorts who might benefit from IV iron but these kind of patients are clearly the low hanging fruit here.

High temperatures during transfusion are way at the other end of the spectrum, they are something we see commonly but also are fairly benign. They may have nothing to do with the transfusion process and may indeed be related to some co existent pathology but if they are related to the transfusion itself then it’s probably related to HLA antibodies and cytokines, most commonly in the white cells mixed in with the reds. This has become much less of an issue since universal leucodepletion became common in the past decade and now we see fevers maninly with platelet transfusions.

There are some nice guidelines on how to manage it, the gist of it being, pause the transfusion till fever settles then contintue it. Of note they have clear guidance of what constitutes a fever with a rise of >1.5 being the cut off

Urticaria falls under the same category as fevers as “common and benign”. As many as 1:50 transfusions and more common with platelets and plasma than red cells. Simple antihistamine treatment is usually enough to manage it. The mechanism is a simple response to some transfused protein.

I do not think I have ever actually seen one of these since the physiology experiment we did in medical school when we mixed different types of blood to see what happened.

The rarity of ABO incompatability is a testament to safe and secure procurement, storage and administration of blood products. All of that tedious paperwork and wrist bands and checking means that most of you will never have seen ABO incompatibility also. The literature reports it at somewhere in the range of 1:50000 transfusions.

So why do I mention it? Well it fits the EM paradigm of “worst first” approach to an issue and so it’s still key that we know how to identify and manage it if and when it happens.

If a significant amount gets given (say more than 50mls) then the reaction is pretty dramatic.  Patients can complain of pain at the IV site followed by pain CV collapse, DIC, dark urine from haemolysis renal failure. The potassium shoots up as the cells lyse and it’s difficult to control as the renal tubules are getting hammered by pigment induced nephropathy.

The mechanism is not something to spend much time on but the term “complement mediated haemolysis” is a nice cover all. And this reaction is not one that needs priming or prior exposure (like in antibiotics or foods for example) as most people have preformed antibodies to the non native red cell antigens.

There is no specific treatment beyond stopping the red cell transfusion and your efforts should be directed to supporting the circulation and all the relevant organ systems. There are a panoply of tests that should be ordered but really you should be doing that with the help of a haematologist.

This is almost exclusively related to platelets which are stored at room temperature rather than chilled and therefore provide a lovely medium for culturing bugs. This is rare, in the order of 1:100000 but carries significant mortality. Expect fever and hypotension but without the haemolytic features of an ABO reaction. The commonly implicated bugs area staph aureus, serratia and the favourite of reheated fried rice – bacillus cereus. A typical septic shock resuscitation is indicated and a broad cocktail of something like pip-tazo and vancomycin would seem reasonable but as always with antibiotics it’s worth seeking some local advice.

TRALI stands for transfusion related acute lung injury. It is fairly nebulous and hard to pin down and is one of those diagnoses of exclusion and association. It shares a lot of similarities with the beast created by the intensive care world – ARDS. ARDS is not a diagnosis but more a syndrome of wet heavy lungs related to some kind of inflammatory process not caused by heart failure. TRALI ticks a lot of the same boxes but pins the aetiology on some reaction to the transfusion rather than say the inflammation of sepsis or pancreatitis.

These definitions are somewhat helpful for describing and naming some clearly apparent phenomenon but they are dreadfully non specific and it would be very easy to catch all manners of conditions under the banner of TRALI.

The mechanism is thought to be related to white cell antibodies in the donor blood that bind to recipient white cells with complement activation and sequestration of white cells in the lungs. Usually apparent within 6 hrs. incidence is ~1:5000 but as you can imagine from such a nebulous definition in a heterogenous population there are difficulties with making the diagnosis.

The reason I mention it is primarily to try and demystify it. If the patient is breathless with wet lungs following transfusion then it’s more likely to be volume overload and treat it as you should do. It may even be development of some underlying disease process like infection that brought them into hospital in the first place. It may well be TRALI but given that there is no specific treatment it has little relevance to how we manage the patient.

Most of the complications we’ve discussed are either fairly benign or avoidable, so what can we do to reduce that risk?

From an ED perspective the majority of this is taken care of by the transfusion lab. Developed health care systems have rigorous systems in place to manage this so most of it is out of your hands. There is a defined list of adverse events or near misses that are mandatory to report across Europe. 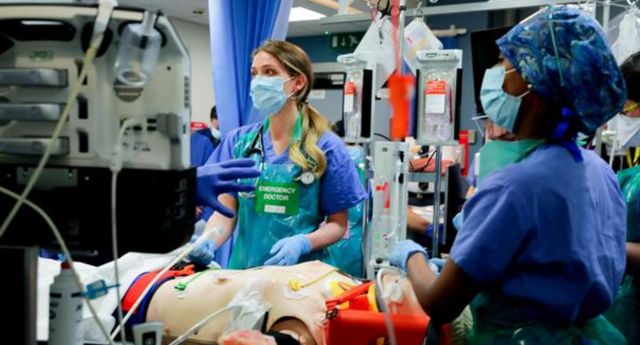 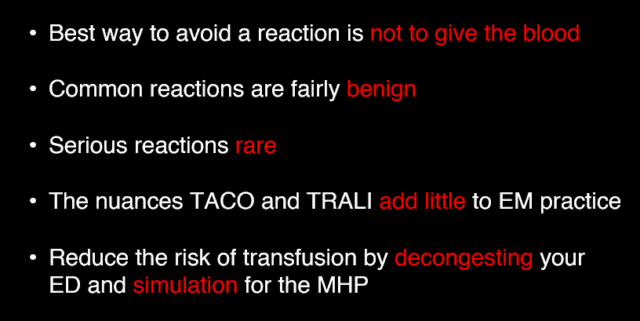